The Pomeranian husky has become one of the most sought after toy breeds of the dog world. Relatively unknown a few years ago, the small cross-breed recently gained popularity through viral photos and videos on the internet. The adorable mix of Pomeranian and Husky, known as Pomsky, is said to have the affectionate, playful temperament of a Siberian Husky and the protective loyalty of a Pom. This designer teacup breed is the perfect miniature combination of two of the most wonderful dog breeds in the world. Said to make the perfect family and companion dog, the Pomsky is a good fit for any home.

How much does a Teacup Pomsky cost? 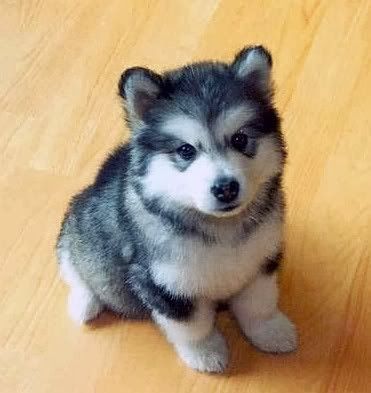 While Pomskies have grown in popularity over the last few years, few breeders have taken on the responsibility of bringing this cross-breed into the world. You will rarely find a Pomsky in pet stores or on local pet listings of available breeds. The Pomsky mix is difficult to breed and involves a lot of risks for the breeder. Due to the elevated chance of sunken investment, Pomsky breeders who specialize in the breed price the puppies high.

Pure breed puppies are priced by several factors: The breeder’s reputation, the puppies’ lineage, the puppies’ health, their appearance and markings, their temperament, endurance, and physical abilities. Because the look and shape of breed dogs are set to a kennel club standard, they become homogenous and over time, as the breed is widely bought by dog lovers, their price goes down. The breeds aren’t hard to find, though quality breeders are always worth making the effort to locate, and their ubiquity makes them less expensive.

With cross breed puppies like miniature Pomskies, most of the above factors are unknown. The price set on them is only nominally based on the lineage of their parents and their appearance. In most cases, the rarity of a good quality Pomsky dogs ensures that the breeder can put any price they want on their litter.

It’s more important to find a good breeder than an inexpensive one, when purchasing a new designer breed. While at the lowest a breeder can charge $1000, some can price their litters up to $3000-$5000. Without a kennel club breed certification or any guidelines on breed standards, Pomsky puppies can be priced as high as the purchaser is willing to pay. In the highest price bracket, the buyer usually has first pick of the litter. It’s seen that teacup Pomskies which look like Huskies are most in demand.

What is the expected size of a Teacup Pomsky? 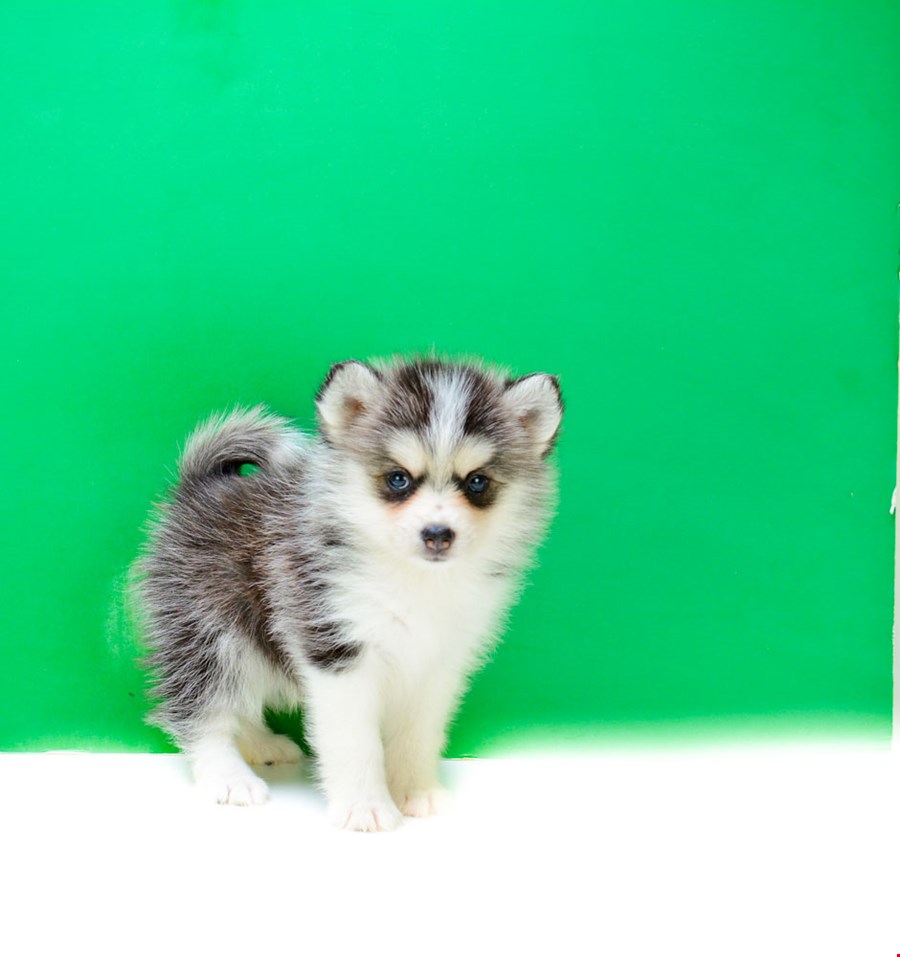 Pomsky puppies may look like tiny balls of fluff, given the beautiful coats of their parent breeds, but no one knows what size a Pomeranian Husky will grow up to be. It’s widely agreed that a cross between a large dog like the Siberian Husky and a toy breed like the Pom will not result in a big breed. However, there is a fairly good chance that a Pomsky will be slightly larger than the average Pomeranian.

To keep bloodlines “pure,” breeders find dogs of the same breed but of a slightly different lineage, then choose the mating pair based on the characteristics they want to develop in the next generation. The dogs with less than satisfactory appearance or temperament are sterilized and removed from the mating pool. Since the miniature Pomsky breed is relatively new, and they’ve only had a few generations of the designer dogs, breeders haven’t been able to establish the genetic phenotype, which creates canine progenies who looks exactly like their ancestors, and lets humans decide which traits should be inherited by the next litter.

With Pomeranian husky mixes, breeders choose the mating pair based on health and appearance, then breed the dogs of the next generation according to the looks favored by popular demand. Since, teacup Pomskies of the smallest size are most popular, breeders select the most miniature of the adult Pomsky dogs for future mating. They try to keep the size of Pomskies as small as possible, but since health is also paramount, they have to choose dogs based on both size and fitness. Ethical breeders know that over time, giving health a preference over size will result in better genes and good quality litters, whereas unscrupulous breeders tend to focus only on reducing the size of puppies.

What kind of lifespan does a Teacup Pomsky have? 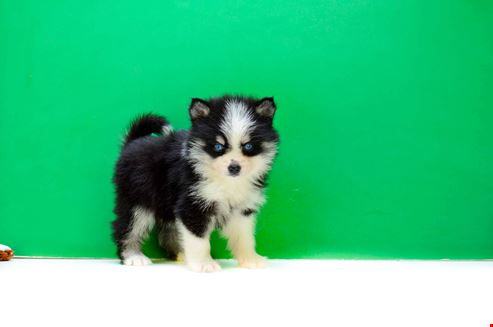 While the size of a grown Pomsky is unpredictable, its lifespan is more within the realm of dependable speculation. Both the Pomeranian and the Siberian Husky breeds have longer than average lifespan of 13-16 years. It can then be said that their offspring will also have a similarly long life.

The quality of a life, no matter how long or short, is largely dependent on the health of the animal. A Pomsky with poor genetic health will suffer diseases that might shorter his lifespan or leave him a debilitating condition for most of his life. For this reason, it is important to investigate the health and robustness of the puppy’s lineage.

Breeders of designer cross breeds like the Pomsky cater to a demand that is more centered around the dogs’ appearance than their physical fitness. While dog lovers who want Pomskies often wish for an athletic dog who would not be oversized for smaller living spaces, most look up breeders and ask specifically for the smallest size and the puppies which look most like a Husky.

This forces breeders to prioritize size and appearance over the quality of the litter. Healthier puppies are cast aside by breeders, while puppies with poor genetic marker yet more popular looks are sold to buyers. This leads to more generations of puppies who might appeal to the imagination of dog lovers but have compromised health. In such cases, a long life for a dog is only as good as the quality of the litter they come from. It’s better to purchase a Pomsky which doesn’t quite fit your preconceived notions of what the cross breed should look like, than ending up with a puppy whose purchase keeps an industry of puppy farming breeders in work.

Here is the video about teacup pomsky: