When your cat is the biggest Olympics fan in the house.

Everyone is getting in on Olympic actions, cats included.

Like making grabs for birds on the other side of the window, these cats are trying their best to grab athletes as they ski, skate and luge their ways to Olympic medals.

Much like those pesky birds, however, the athletes are just out of reach, so the cats have to settle for pawing at the TV screen …

… or checking the sides of the TV to see why people aren’t spilling out of the sides!

This cat clearly thinks it has a future in hockey, both as an enforcer and a forward.

No, kitty, this isn’t pairs skating.

Catching them all is for Pokemon, cat, not boardercross! 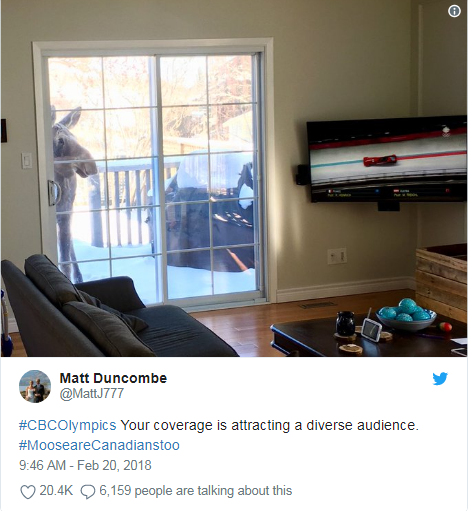 These cats (and moose!) may not be true blue Olympic athletes, but they win the gold medal for being adorable.