Pomsky mixes are known to be small to medium sized dogs; however, it’s difficult to narrow down their full-grown height into a definite range. As is well known, the Pomsky has parents of disparate sizes: the large Siberian Husky and the tiny Pomeranian. Unsurprisingly, the Pom’s toy breed designation means that any offspring of the breed will inherit something of its smallish stature. But no one can predict how big a Pomsky might grow up to be. The difficulty lies in the fact that genetic manipulation requires careful selection and breeding over a long period of time. The Pomeranian Husky is a very young crossbreed which has yet to develop set standards.

What determines the size of a Pomsky? 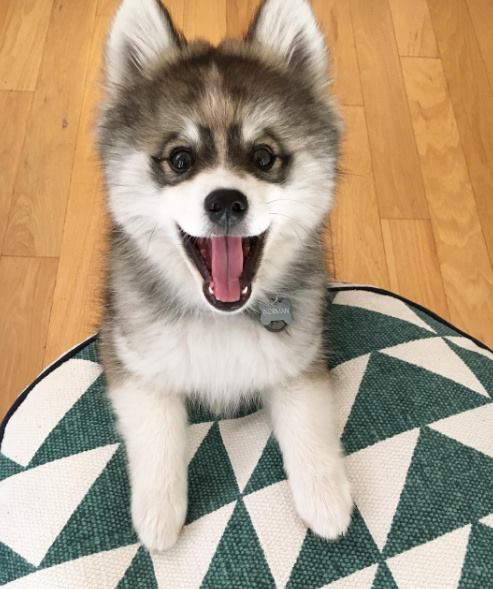 Ever wonder why dog breeds have such vast differences in height when no other species seems to quite have the same variety?

Scientists examined the Portuguese Water Dog – a breed which has both small and large sized dogs – and found that the answer lies in the sequencing of chromosome 15. The IGF gene determines the size of a dog breed. But the process which mutates this gene is hastened by human interference.

The genetic make-up of dogs allows them to be small or large. In nature, individual groups of dogs would have evolved into sizes that suited their environment. Geographical location, climate, food source, etc. would have determined the size and other physical traits of dogs. This could take hundreds or thousands of years. Without the meddling of man, dogs in different parts of the world already had vastly different appearances. However, when humans decided to dictate how dogs should look, the process of evolution was accelerated.

In just a few hundred years, we created hundreds of breeds of distinct appearances and vast size variations. Selective breeding resulted in the Pomeranian having an average height of 13 to 28 centimeters and the Husky, 53 to 61 centimeters. So, when breeders today, cross these two dogs to produce a Pomsky, they’re taking the first step in creating a new breed. It’s a process that takes hundreds of years and doesn’t reach homogeneity with only a few generations. Over time, with careful breeding, the Pomsky will have its own standard size.

Why do people want miniature Pomskies? 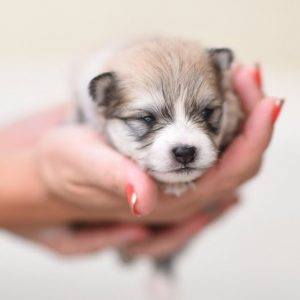 Breeders all over the world cater to the whims of dog owners who purchase breeds depending on their look and personality. It’s a circle which feeds itself. The breeders promote the dogs they believe will be most popular, and in turn, the demand of certain breeds forces breeders to focus on appearances more than anything else. In this situation, ethical breeders find it hard to stay in business.

The Pomeranian breed, which bestows its miniature size, fluffy coat, and strong protective instincts on the Pomsky, was once a large breed of German sled dogs. It’s hard to imagine now, but in the 16th century, the Pom was as big as the Husky and far more fierce in his loyalty. By Victorian times, the Pomeranian had already shrunken in size to fit a nobleman’s living room. When the Queen bought a particularly tiny Pom, it set a fashion amongst the nobles to find and own the smallest and fluffiest of the breed. In the fifty years of her rule, the Pom had lost 50% of its size due to popular demand.

While this kind of change over a long period of time is quite normal, the short period in which the Pom lost its size and became a toy breed makes one realize how far breeders would go to meet the demands of their customers. Over the next century, breeders were careful to prioritize health, while maintaining the small size of the breed. At the moment, the Pomsky mix breed is popular for its looks and miniature size. Even though it’s not expected to be as tiny as a Pom, dog owners are still interested in buying the smallest dog possible. Over time, this demand will determine how big do Pomsky get.